To any company executive or business owner, the mere possibility of fraud can be enough to send alarm bells ringing – for good reason. In a prolonged recession, the last thing investors would want to discover is a huge, gaping hole where supposedly a neat profit should have been. Also to find out that such loss was brought about by deliberately falsified accounting and poor spreadsheet controls only makes the situation even more regrettable.

Because these losses would not have occurred had there been a stronger risk management program in place and more stringent quality control on critical data to begin with.

But given the nature of a spreadsheet system i.e. its sheer flexibility and easy accessibility, plus the fact that they were never intended to be enterprise-level tools, there are no hard and fast rules for auditing spreadsheets. Also because of the lack of internal controls for end user computing (EUC) applications, in this case spreadsheets, you can’t expect these systems to yield consistently accurate results.

In fact, most managers assume that major spreadsheet errors should result in figures that are blatantly out of touch with how things stand in the real world, making these errors easily detectable.

Well they assumed wrong. You’ll find cases where the losses ran to millions of dollars without anyone being the wiser.

In instances of fraud, the problem becomes more complicated as these errors are deliberately hidden and cleverly disguised, perhaps one erroneous cell at a time. Even if these cover-ups started out with smaller figures that may have had negligible impact on a company’s operation, the cumulative costs of these “insignificant” errors multiply exponentially as the spreadsheets are reused and utilized as bases for other related reports.

While there is no generally accepted definition of the term “spreadsheet fraud”, its quite easy to identify one when a case crops up. Fraud arising from spreadsheets are typically characterized by:

Erroneous outputs owing to data alteration – hyperlinks are linking to the wrong spreadsheets or cells; use of macros or special lines of code which are understandable only to the person who developed the code.

Concealment of critical information – can be done with easy “tweaks” such as hidden rows and columns, using the same color for both the font and the background, or hard coding additional values into a cell.

There is nothing really highly-sophisticated or technical in any of these methodologies. But without internal spreadsheet controls in place, it would take a discerning eye and a thorough review to catch the inconsistencies contained in a spreadsheet fraught with errors. Also, if these errors are knowingly placed there, the chances of finding them are close to nil.

Learn more about our server application solutions and discover a better way to protect your company from spreadsheet fraud.

We can reduce your Spreadsheet Risk

Disadvantages of Spreadsheets - obstacles to compliance in the Healthcare Industry

How Internal Auditors can win the War against Spreadsheet Fraud

Still looking for a Way to Consolidate Excel Spreadsheets?

Spreadsheet woes - Burden in SOX Compliance and other Regulations

Why Spreadsheets can send the pillars of Solvency II crashing down 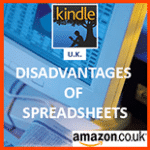 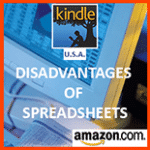