Are you ready to find out how your newly accepted IT system fares in the real world? Although a rigorous Acceptance testing process can spot a wide spectrum of flaws in a newly constructed IT system, there is no way it can identify all possible defects. The moment the IT system is delivered into the hands of actual end users and other stakeholders, it is effectively stepping out of a controlled and secure environment.

Thus, it is during this phase wherein issues having direct impact on the business can arise.

It is our duty to ensure that the Systems Implementation phase is carried out as thoroughly, professionally, and efficiently as possible.

Thoroughly, because we need to include all relevant data and other deliverables, eliminate hard-to-detect miscalculated results, and substantially reduce the probability of business and mission critical issues popping up in the future;

Professionally, because it is the best way to address the sensitive process of turning over a new system to users who have gotten used to the old one;

And efficiently, because we want to minimise the duration over which all stakeholders have to adapt to the new system and allow them to move on to the process of growing the business.

Louis Pasteur once said, “Luck favours the mind that is prepared.”

While we certainly won’t leave anything to chance, we do put substantial weight on the Preparation stage of Systems Implementation. We’re so confident with the strategies we employ in Preparation, that we can assure you of an utterly seamless Deployment and Transition phase.

By this we mean that issues that may arise during Deployment and Transition will be handled smoothly and efficiently because your people will know exactly what to do.

Here’s how we will prepare your organisation for Deployment:

There are two sets of issues to keep an eye on during Deployment:

Despite all the meticulous scrutiny employed during Acceptance testing, there are just some problems that are made obvious only during Deployment. Issues belonging to the first set are dealt with easily because of the plans and procedures we put in place during the Preparation stage. As an added measure, our team will be on hand to make sure contingency plans are executed accordingly.

While the second set of issues is often neglected by many IT consultancy companies, we choose to meet it head on.

We fully understand that end users are most sensitive to the major changes that accompany a new system. It is precisely for this reason why our training activities during Deployment are designed not only to educate them but also to make them fully appreciate the necessity of both the new system and the familiarisation phase they will need to go through.

The faster we can bring your end users to accept the new system, the faster they can refocus on your company’s business objectives.

Here’s what we’ll do to guarantee the smoothest Deployment process you’ve ever experienced.

Do you often feel uneasy whenever the reins to a newly purchased IT system are handed over to you? Perhaps there are some issues that you feel haven’t been fully settled but, at the same time, find it too late to back out, having already invested so much time and resources.

Alright, so maybe the thought of “backing up” never crossed your mind. However, the concern of being “not yet ready” is raised by many organisations towards the tail end of most Deployment stages. This usually drags the Deployment stage into a never-ending process.

Our team of highly experienced specialists will make sure you reach this point with utmost confidence to proceed on your own.

To wrap up our comprehensive IT Systems Implementation offering, we’ll take charge of the following:

Contact us
PrevPreviousHow to carry out an Operational Review
NextQuality AssuranceNext

RT @leitrimcoco: Energy saving tips for 'working from home'.... If you are concerned about increased energy bills, there are many simple st… 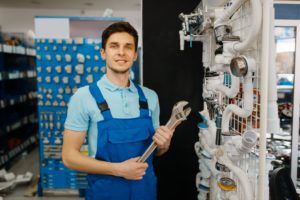 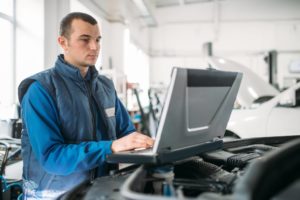 Owing to the complexity of its definition, many people loosely