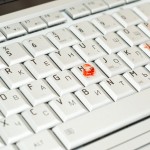 So you had a customer data security breach last weekend? Do you know you could be held liable in court for failing to implement required security procedures? That’s right. Due to the overwhelming surge in identity theft wherein nearly 20 million Americans have already been affected, most states have enacted laws to curtail this fast rising crime. Therefore, it is important to redefine how your company deals with customer data security.

Obviously, such situations now call for individuals who are experts in both the legal and technical aspects regarding data security. Such individuals are practitioners of a relatively new discipline known as computer forensics.

Armed with our computer forensics specialists, we’ll be able to help you deal with the above concerns. As a result, you can be prevented from having to pay fines that can go up to hundreds of thousands of euros.

That said, a company that integrates computer forensics into its IT security policies and practices will be better equipped to remedy the situation once data security has already been compromised than a company that doesn’t.