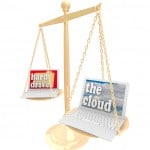 The capital investment you put into an on-premise IT infrastructure is normally based on a long-range forecast of what your highest computing demands will be. But what if, as they often do, the estimates turn out to be too high? Then you’ll have to bear with the huge depreciation cost or monthly amortisation of a grossly underutilised asset for the next couple of years.

That’s why a cloud-based IT infrastructure is much better. With its on-demand, utility-based pricing model, cloud solutions provide companies with clearer financial visibility. You spend on something you’ve already fully utilised, not something you only hope to fully utilise in the future.

How exactly does cloud computing’s on-demand, utility-based pricing work? Well, it’s really very similar to the way you pay for electricity. Let me give you an example. In Amazon’s EC2 cloud offering, consumers are billed on what they call a per instance-hour basis.

Meaning, if some of your servers aren’t needed at night and only need to run 10 hours a day, then you can stop those server instances when the day is done. When you receive your bill,  you’ll be charged the cost of only 10 hours per day x the number of days those servers were operational.

The advantages of OPEX-based IT spending gets even better when we start talking about businesses that experience sudden spikes or seasonal spikes in consumer demand as in the case of retail, marketing, logistics and others. If you’re running any of these businesses and the demand shoots up  say during the Christmas season, you can readily scale up your servers, memory, storage, and other computing resources to the required capacity. Then when the season ends and demand goes back to normal, you can just as easily release those resources that are no longer needed. 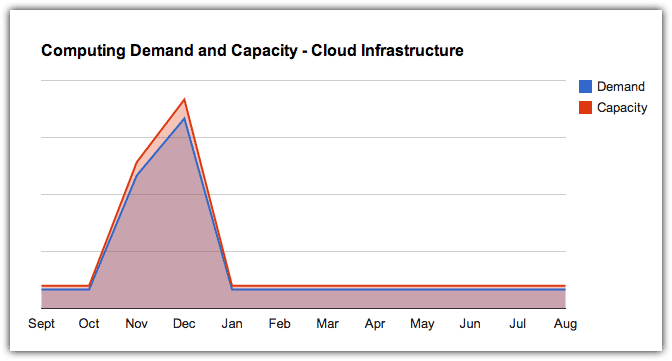 Compare that with a traditional IT infrastructure wherein you’d have to predict the highest possible computing demand for the next Christmas season and then build an infrastructure that can satisfy it. During the high months, your infrastructure may come out fully utilised. But what about the rest of the year after that? 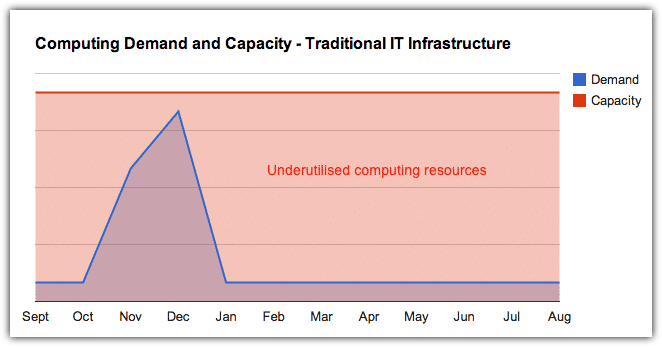 Since cloud services are delivered and consumed on-demand, you’ll have more cash on hand than if you had invested in an on-premise IT infrastructure. That means more money to finance other operating expenses or other endeavors like Business Intelligence and analytics, marketing projects, sales incentives, IT innovations, store or office expansions, and many others.